The Fiat that was supposed to be an Alfa Romeo

The MotorNuts team are excited for Fiats latest sports car the 124 Spider Lusso which has launched this month.

Originally intended to be the modern day Alfa Spider, the reality is Fiat have pulled off a more mature sibling to the Mazda MX5 which oozes Italian appeal.

The rumblings were that the senior managers at Fiat decided that an Alfa built in Japan was just too much to stomach. So the now Fiat is produced on the same production line as the Mazda MX5 and given Mazdas track record with small sports cars we can expect its inherited some great genes.

Fiat have changed the Mazda Engines for their own 1400 turbo charged engine which does feel more exciting, giving 167 BHP and a 0 to 60 of approximately 7.5 seconds.

The Turbo provides plenty of torque so if you want to drive it in a lazy fashion you can. It will continue to pull without changing gear too often. This means that it drives slightly quieter than the Mazda and is perhaps a slightly more comfortable ride.

The interior is all Mazda which should not be a real problem and the higher spec leather is particularly nice.

The only disappointment is the styling which whilst it lends features from the 1960 124 Spider it could have been much bolder and gone for something more radical in modern sports car style. 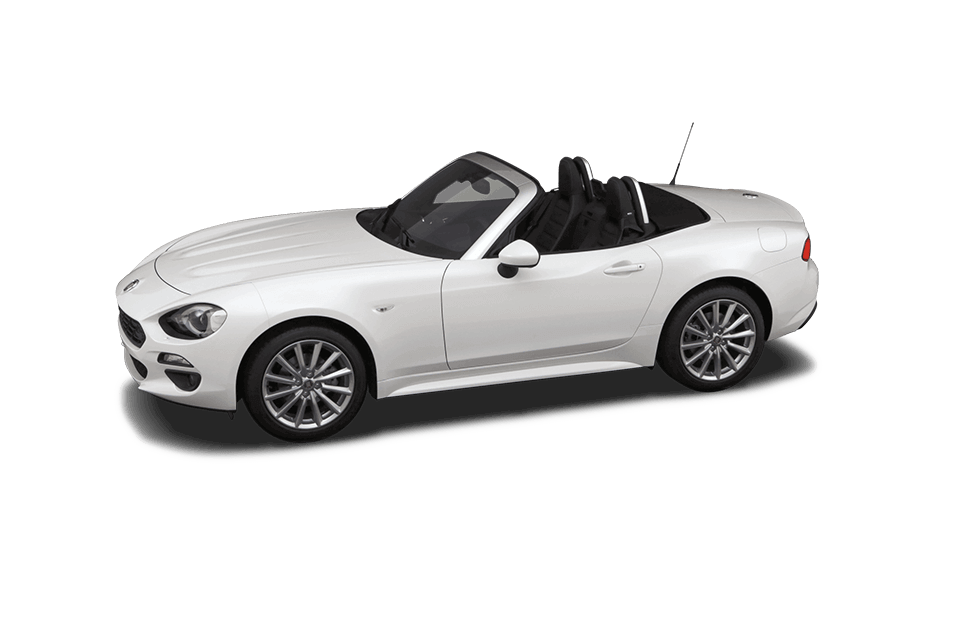 Starting from £19,495 for the entry-level Classico which gets you air con, a leather steering wheel, 16-inch alloys, cruise control, a seven-inch infotainment system, keyless start and Bluetooth. The, mid-range Lusso adds sat-nav and a parking camera and ups the alloys to 17-inch and the flagship Lusso Plus benefits from adaptive LED headlamps, LED daytime running lights, auto wipers and lights and a BOSE stereo system. There is also the super good looking big brother the Abarth edition.

The MotorNuts verdict:
Fiat have produced a very good sports car which adds Italian flare to the Japanese reliability of the Mazda. The Fiat 124 Spider will certainly turn heads, its new different looking and a great littledrive. If you are after a rougher sportier ride you might be better to stick with the Mazda but if you prefer a bit more of the Italian good life the Spider is for you. Both cars look and drive well – the choice is yours.